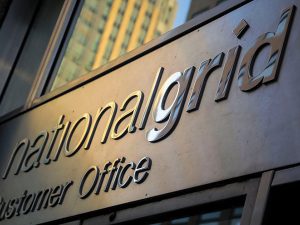 National Grid reached an agreement with the state of New York to resume connecting natural gas service to customers in Brooklyn, Queens and on Long Island for approximately the next two years as the company pursues other long-term solutions to the shortage of natural gas in the region.
The company announced a moratorium in May, claiming that without the construction of Williams Energy’s $1 billion Constitution natural gas pipeline, not enough supply would be available.
In response Gov. Andrew Cuomo threatened to revoke the National Grid’s license to operate in New York within 14 days, if the company did not immediately connect over 1,100 customers who had been denied service.
Days before the deadline National Grid agreed to connect customers whose applications were on hold due and start processing all new applications. In addition, National Grid will offer $7 million in customer assistance to address hardships as a result of the moratorium.
The standoff risked leaving thousands of customers without gas as winter heating season began. National Grid said it has been working on a solution that will include energy efficiency programs to reduce natural gas demand during peak times and increased reliance on compressed natural gas.

Companies in the News

MOL will acquire Chevron Global Ventures and Chevron BTC Pipeline non-operating E&P and midstream interests in Azerbaijan, along with a stake in ACG oilfield. The purchase will add 20,000 bpd to MOP’s production output.
Testing, inspection and certification company SPL, Inc. purchased the laboratory and measurement services business of Banded Iron Group (BIG) US, formerly known as Zedi US Inc. By combining these businesses, SPL will provide customers with expanded laboratory testing, inspection and measurement capabilities, enhanced by cloud-based digital compliance solutions.
Mattsco Supply Company was acquired from the Mattox family by private investors led by former Harsco AXC executives Eric Clower and Randy Benson. While the Mattox family will still maintain a minority ownership, the company operations will be turned over to the investors.

People in the News

Nick Stavropoulos has been hired by NiSource to head efforts at Columbia Gas of Massachusetts following the Merrimack Valley incident. He will serve as chief safety advisor and report directly to Joe Hamrock, president and CEO of NiSource.
Corrosion Resistant Alloys (CRA) has appointed Matt Pond as chief financial officer. His 20 years of executive management experience began at Energy Allows, and he previously served as vice president of Business Development at CRA. Pond also has partnered and co-founded materials companies, including SMS Precision Tech and NewTech MWD Services.

Scott Smith has been named president of Spire Storage and Spire STL Pipeline. In this role, he leads the company’s operations and commercialization of natural gas storage facilities in Wyoming and pipelines serving Spire Missouri East and other midwestern U.S. markets.
Lilis Energy announced that Joseph C. Daches has been appointed chief executive officer for the Permian Basin operator. Daches joined the company in 2016 and has served as its interim CEO.
HGA promoted Mike Causey to vice president of Corporate Strategic Development and named Chuck Allen as Midland Operations manager for its Pipeline Services team. Causey, who joined HGA 19 years ago, most recently served as vice president of Sales. Allen’s 35 years of industry experience includes more than 22 at El Paso.

American Innovations (AI) named Ed Kruft as chief executive officer. He replaces Rich Smalling, who is retiring after leading AI since 1994. Smalling will retain a seat on AI’s board of directors. Kruft joined AI in February 2010 as vice president of sales and marketing, following 15 years at National Instruments and leadership positions at Marvell Semiconductor and Texas Instruments. AI also named Richard Counts to its newly created position of vice president of Research and Development.
John Watson, former CEO of Chevron, received the American Petroleum Institute’s Golf Medal of Distinguished Achievement.

SilverBow Resources named Christopher. M. Abundis as chief financial officer in addition to his existing duties as senior vice president, general counsel and secretary of the company. His appointment followed the resignation of G. Gleeson Van Riet as CFO.
Equitrans Midstream Corporation announced that David L. Porges will step down from its Board of Directors. Porges was appointed chairman of the board when Equitrans Midstream was launched as an independent company in November 2018 and served in that role until Thomas F. Karam was named chairman in July.