Names in the News

EnerMech has named Sandeep Sharma as chief financial officer. Sharma is the former CFO of Stork and previously served as finance director at Bombardier Transportation. He joins newly appointed CEO Chris Brown at EnerMech, which is gearing up for expansion following acquisition by The Carlyle Group.
Continental Resources Founder and CEO Harold Hamm will become executive chairman of the company. William Berry has been appointed CEO and President Jack Stark will assume the additional role of chief operating officer.

Colonial Pipeline named Wes Dunbar as vice president of Operations. He will be responsible for all Colonial Pipeline operations activity.
Chaparral Energy appointed Charles Duginski as president and CEO, succeeding K. Earl Reynolds. Duginski is also joining Chaparral’s board of directors, as are Michael Kuharski and Mark McFarland. Matthew Cabell is stepping down from the Board.

Businesses in the News

Newly established Tumbleweed Midstream acquired the Ladder Creek Helium Plant and its associated 730-mile (1,175-km) gathering and distribution systems from DCP Midstream. The plant, which separates helium from the natural gas stream and liquefies it for transport, serves producers operating in the Morrow, Mississippian, Spergen, Chester and Marmaton formations of eastern Colorado and western Kansas, where natural gas has average helium concentrations as high as 3%.

Associations in the News 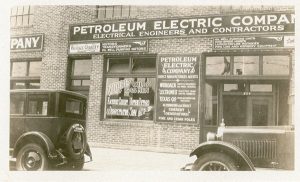 Global pipeline services provider T.D. Williamson (TDW) turned 100 on Jan. 2. During its anniversary year, the company said, it will recognize its growth along with the oil and gas industry, salute the people responsible for that growth and celebrate its partnerships with leading pipeline organizations.
Since its inception, TDW said, it has partnered with pipeline owners and operators, learning their needs and pioneering solutions to create safer, more reliable pipelines.
T.D. Williamson Sr. established the company in 1920 as an electrical services contractor. By the 1930s, it had expanded into general oilfield products and services. After furnishing the cleaning tools for the War Emergency Pipeline Office during World War II – the steel, mandrel-bodied equipment known today as pipeline pigs – TDW evolved into a pipeline solutions company with its first location in Tulsa.

CenterPoint Energy President and CEO Scott M. Prochazka has been elected chair of the American Gas Association (AGA) Board of Directors for 2020. Prochazka, who joined CenterPoint in October 2001, has previously served as chief operating officer, division president of Houston Electric, and as a senior division vice president of Gas Operations.

The board of directors of the Interstate Natural Gas Association of America has elected Stan G. Chapman III as chairman of the organization. He will serve a one-year term after recently completing a term as INGAA’s first vice chairman. He is the executive vice president and president of TC Energy Corporation’s U.S. natural gas pipelines.

The Plastics Pipe Institute has named David M. Fink as its new president and executive director. A veteran of the plastics pipe industry, Fink served as the chairman of the PPI Board of Directors from 2017 to 2019 and has held a number of other leadership positions within the organization. Fink most recently served as senior vice president at PPI member company, WL Plastics, and previously worked in Dow Chemical’s polyolefin resin business.

Gene Smith, chief metallurgist at EN Engineering and a longtime contributor to the development of pipeline industry standards, died Jan 1. He was 79.
A native of the Chicago area, Smith earned a degree in Metallurgical Engineering in 1962 from the University of Illinois at Urbana-Champaign. In 1965, he joined Natural Gas Pipeline Company of America, where he later became to chief metallurgist, a position he held until joining EN Engineering in 2002.
Throughout his professional career, Smith chaired and participated in numerous industry committees. including API, NACE, ASTM and PRCI, and supported the development of numerous technical standards that improved the quality and safety of pipeline operations.