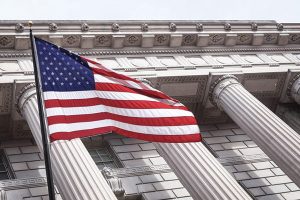 In one of the first actions of the new International Development Finance Corporation (DFC), the U.S. government investment organization is pledging more that $600 million to the Rassini natural gas pipeline to be built across southern Mexico.
In general, Mexico has generated a greater interest in the development of gas pipeline infrastructure pro-jects and transportation by oil pipelines, according to specialists consulted by Opportimes, a Mexican business newspaper.
They report that the country has six new pipelines under construction with a combined operational capacity of 400 MMbpd with an estimated investment of $2.7 billion.
Adam Boehler, newly appointed chief executive officer of the DFC, which is replacing OPIC, the Overseas Private Investment Corporation (OPIC), announced the agency’s plan during a meeting with Mexican Foreign Minister Marcelo Ebrard in Mexico City.
“Private sector investment is essential to promoting the development of prosperous, stable, and secure communities across Mexico,” said Boehler. “This pipeline will foster development in the south of Mexico while strengthening energy security and facilitating trade. These advancements will accelerate economic growth and create transformative opportunities in southern Mexico to improve quality of life.”
In a statement, the U.S. embassy in Mexico said the Rassini pipeline was an investment worth $632 million. 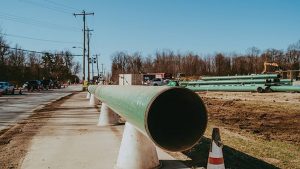 The Ohio Power Siting Board (OPSB) approved a route for Duke Energy’s Central Corridor natural gas pipeline. The decision comes after a review of the company’s application, and evidentiary and public hearings about the 14-mile natural gas pipeline.
The pipeline will connect an existing Duke Energy Ohio pipeline near the intersection of Butler, Warren and Hamilton counties with an existing company pipeline in the Norwood area.
The OPSB’s certificate to construct this critical infrastructure is an important milestone for the Central Corridor Pipeline, and we thank the board for its thorough review of this project,” said Amy Spiller, president, Duke Energy Ohio and Kentucky.
In its ruling, the OPSB concluded the best route for the Central Corridor distribution pipeline is the proposed western or alternate route that runs through southwestern Ohio.
The new 20-inch distribution pipeline will help the company balance the natural gas supply, improve the company’s natural gas infrastructure and enable retirement of propane peaking facilities that are used to supplement the local natural gas supply on the coldest days of the year.
Pipeline construction is expected to begin at the northern end of the route in late fall of 2020 and be complete by the end of 2021. Construction will likely take three to six weeks on each parcel the pipeline crosses.

Enbridge has begun commercial operation of the Canadian section of its Line 3 pipeline, even as it continues to navigate Minnesota regulatory waters for the U.S. portion of the $9 billion replacement project, the company confirmed.
Line fill of the 665-mile (1,070-km) Canadian segment of the Line 3 replacement pipeline was completed in mid-November and the replacement pipeline in Canada connects to the existing U.S. Line 3 at the Manitoba-U.S. border has started moving oil, according to Enbridge spokesperson David Coll.
“The new pipeline will run at approximately half of its rated capacity (about 760,000 bpd), some 400,000 bpd, until such time as the Minnesota portion receives final approval, is constructed “and brought onstream,” Coll said in a statement provided to Pipeline News.
Enbridge has operated Line 3 since 1968, with the Canadian portion of the pipeline stretching from Hardisty, Alberta, to Gretna, Manitoba, and the U.S. portion delivering oil to Superior, Wisconsin. Plans to replace the aging pipeline have been in the making since 2013.
Enbridge hopes to bring the U.S. segment online during 2020, but the timing is uncertain, as Minnesota utility regulators ordered further study in October on potential impact of oil spills from Line 3 on the Lake Superior watershed.
Tallgrass Begins Open Season for Pony Express Pipeline Expansion

Tallgrass Energy began a binding open season on shipper commitments for crude oil transportation on the Pony Express Pipeline from a new origin near Carpenter, Wyo., to Pony Express destinations in Colorado.
Based on commitments received in this binding open season, Pony Express plans to build 25 miles of 12-inch pipeline from the Hereford origin to a new origin point in Wyoming, expanding capacity from Wyoming to Sterling, Colo., on the Pony Express system. Pony Express expects the new pipeline to be in-service in second quarter 2020.
The open season will run until Jan. 20.
Saipem Wins $100 Million Equatorial Guinea Pipeline
Italy’s Saipem signed a contract in Equatorial Guinea worth $90-$100 million to build a 43-mile (70-km) subsea pipeline linking the Alen platform with the Punta Europa petrochemical hub.
Gas deliveries from the project, operated by Noble Energy, are expected to begin in early 2021, Oil Minister Gabriel Obiang Lima said.
The pipeline will serve offshore gas fields and have a capacity for 950 MMcf/d as Equatorial Guinea hopes to extend the life of its LNG production assets.
The pipeline forms part of plans to link various offshore gas fields to onshore LNG facilities and turn the island of Bioko into a gas processing hub.

U.S. oil export terminal operator Moda Midstream said it began to enhance its Moda Ingleside Energy Center (MIEC) in Ingleside, Texas, to allow the docking of larger-sized vessels and is considering a new pipeline as well.
Moda began structural enhancements and dredging to Berth 5 and improvements to Berth 4, which will allow for the docking of Suezmax class vessels and very large crude carriers (VLCCs), respectively, the company said.
Moda is evaluating construction of an additional pipeline called the Moda Ingleside Express Pipeline, which would be bi-directional and run between MIEC and Moda Taft Terminal, located in Taft, Texas, according to the company.
MIEC receives crude from the Cactus Pipeline, the Cactus II Pipeline and the EPIC Crude Oil Pipeline, while the Taft Terminal is connected to the EPIC Crude Oil Pipeline and Moda’s 20-inch pipeline between the Inner Harbor and MIEC.
PennEast planned to begin construction in 2020.

The developers of the PennEast natural gas pipeline said they continue to be committed to the project and are considering their next move following the 3rd Circuit Court of Appeals refusal to rehear a decision against the pipeline.
The court denied PennEast’s petition for rehearing of an earlier decision in September that rejected the pipeline’s use of eminent domain on properties in New Jersey under state ownership or in which the state has an interest.
PennEast obtained approval from the U.S. Federal Energy Regulatory Commission (FERC) to build the pipeline in January 2018 and was promptly sued in federal court to use the federal government’s eminent domain power to gain access to properties along the route in New Jersey under the U.S. Natural Gas Act.
New Jersey opposed construction of the pipeline and did not consent to
PennEast’s condemnation suits on properties it controls.
PennEast needs the land to build its 120-mile (190-km) pipeline, which is designed to deliver 1.1 Bcf/d of gas from the Marcellus shale formation in Pennsylvania to customers in Pennsylvania and New Jersey.
In October, the New Jersey Department of Environmental Protection (NJDEP) denied PennEast’s application for several permits, citing the 3rd Circuit’s eminent domain decision.

NuStar Energy began a binding open season for a capacity expansion of its Midland Trunkline within the NuStar Permian Crude System.
NuStar is proposing to expand the capacity of its 20-inch Midland Trunkline, running from its Stanton Terminal to Midland Junction by adding pump upgrades at the Stanton Terminal.
The expansion would offer 60,000 bpd of such expanded capacity to the EPIC pipeline at Midland Junction.
NuStar is offering up to 90% of the expanded capacity to shippers making long-term, ship-or-pay commitments, with at least 10% available for walk-up shippers.
The project is expected to be in service in the first quarter of 2020. The open season closes Dec. 20.

Enterprise Products Partners said it is responding to higher demand for natural gas in the growing Gulf Coast LNG market by expanding and extending the Acadian pipeline system and boosting its capacity through upgrades to the Mansfield compressor station.
Houston-based Enterprise plans to construct an 80-mile, 1 Bcf/d intrastate pipeline originating near Cheneyville, La. on its Acadian Haynesville Extension to third-party interconnects near Gillis, including multiple pipelines serving LNG export facilities in South Louisiana and southeast Texas.
The company also plans to increase capacity on the extension by adding horsepower at its Mansfield compressor station in De Soto Parish.
When completed, the expansion and extension project will increase the Acadian system’s capacity by 300 MMcf/d to 2.1 Bcf/d from 1.8 Bcf/d. The project is supported by long-term customer contracts and is expected to begin service in mid-2021, Enterprise said.
Enterprise’s 357-mile Haynesville Gathering System, which has a capacity of 1.3 Bcf/d and can treat up to 810 MMcf/d of natural gas, provides a significant and reliable source of supply for the Acadian system.

Iran is building a $1.8 billion oil pipeline to the port of Jask outside the mouth of the Gulf, the country’s oil minister said. Iran has been planning since at least 2012 to set up the terminal on the Gulf of Oman, just outside the Strait of Hormuz.
Industry sources told Reuters that Iranian crude exports dropped in June to 300,000 bpd or less after Washington tightened sanctions on the country’s oil exports in May. In April 2018 exports stood at more than 2.5 MMbpd.
Tehran has threatened to block the vital Gulf oil shipping route during its standoff with the United States, after Washington last year withdrew from Iran’s 2015 nuclear deal with world powers and re-imposed sanctions, including on Tehran’s vital oil exports.
Two refineries as well as petrochemical facilities were also planned in the region.