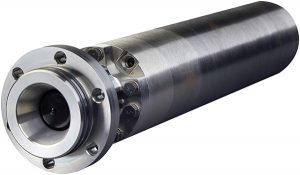 Sercel-GRC
Sercel-GRC (GRC) sold the 1000th Spy Pro gauge for ESP systems. Rated for 5,000 and 10,000 psi at 150 degrees C (302 degrees F), the device can record up to 11 parameters, used to monitor the ESP production system. This includes intake and discharge pressures, intake and motor temperatures, X, Y and Z vibrations. The sealed design extends the run life of the gauge, while providing minimum re-dressing, which saves OPEX and extends CAPEX. www.sercel-grc.com

John Deere
John Deere is unveiling three backhoes – the BH9B, BH10B and BH11B. Each was designed for operators handling light construction, utility work or landscaping. The attachments are ideal for tight spaces, offering swing-speed control and 180-degree capabilities. Cushioned cylinders allow for smooth operations and limit shock loads during use. A two-lever control of boom or swing (left lever) and dipper-stick or bucket (right lever) allow for precise control and movement. Each model includes a 34-45 liters-per-minute (9-12 gallons-per-minute) hydraulic flow range for smooth operation.

Dräger
Dräger released its X-pid 8500 portable gas measurement device to the U.S. market. The gas chromatography-photo-
ionization detector (GC-PID) allows selective measurement analysis of pre-determined compounds, such as benzene and butadiene, providing results in as little as 30 seconds. The device allows detection and recording of 19 toxic target compounds with the push of a button. In addition, users can add substances to the target compound database that would allow for detection. The X-pid 8500 includes a streamlined version of gas chromatography analysis that is traditionally conducted in the laboratory and reduces operating costs. www.draeger.com 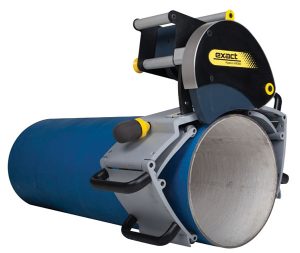 Exact Tools
Exact Tools launched its latest portable pipe-cutting innovations for the Pro Series 280 and 360 models. Standard features include a 2,500-watt, 230-volt motor that can cut pipe wall thicknesses of 20 mm in steel and up to 50 mm in plastic. 110-120 volt versions are also available with a 2,200-watt motor fitted as standard. A laser indicator light for precision cutting, new improved adjustment mechanism for straight-cutting and an overload protection “traffic light” system is included. The Pro Series meets the demands of steel, stainless steel cast/ductile iron and plastics. www.exacttools.com 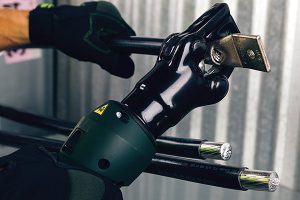 Nightstick
Nightstick offers a 1,000-lumen Nightstick XPR-5592GX LED, a rechargeable area/scene light with magnetic base device that generates a scene-filling 1,000 lumens of light on high and 500 lumens on low via a single-sealed toggle switch. It weighs only 4.25 pounds due to its lightweight polymer body and uses lithium-ion rechargeable battery technology to provide up to 17 hours of continuous light on a single charge. The light also features a powerful rare-earth magnet in the supporting base. With hands-free use and lightweight rechargeable portability, this area light will swivel independently to position light when needed and at angles not available in traditional fixed position scene lighting. A 6-foot tripod is included. www.nightstick.com 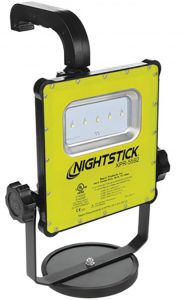 Larson
The Larson MGS-45KVA-12X120-2X208 power distribution system is designed to operate with 480V three-phase, which is turned into 120V single-phase and 208 Wye. This system makes 120 volt AC available through 12 GFCI protected 20-amp receptacles and two 208 volt receptacles. This unit comes equipped with 20 feet of 4/4 SOOW cord that connects line-in power to a fused on/off disconnect switch that controls current to the 45 kVA 480V three-phase transformer. The system features a load center/distribution assembly mounted to a standard 2- by 2- by 1/8-inch square carbon steel tubing frame and is equipped with forklift skid pockets and locking polyurethane casters. This transformer is grounded to the frame with a grounding lug that is provided. www.larsonelectronics.com

Emerson
Emerson released the Micro Motion 4200 two-wire loop-powered Coriolis transmitter, a new design that makes it possible to replace existing two-wire flow devices with minimal effort and without incurring additional power or cabling costs. The device can accommodate the largest line size (4-inch) of any 2-wire flow meter on the market and is the only such product to offer an onboard real-time clock for improved diagnostics. The unit is available in a remote-mount option for applications that require the transmitter to be located separately from the sensor. It provides a viable migration path in situations where Coriolis meters were previously not practical, either due to restrictions on additional wiring or a lack of power sources. www.emerson.com